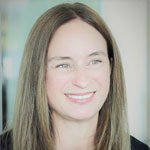 You probably know if you have irritable bowel syndrome*(IBS) — with symptoms like bloating, gas, distention, constipation, diarrhoea, cramping… They tend to come and go in periods lasting a few days to a few months, often during times of stress or after eating certain foods. These symptoms can often be debilitating and lead to a Read More

Whiplash  and The Invisible Injury   A whiplash injury may result in a brain concussion. A concussion is a blow or jolt to the head that can actually impact the manner in which your brain functions. The medical term is a mild traumatic brain injury (TBI). A concussion may result from a car accident, a Read More

Expectations after a Whiplash Injury In addition to being a legally contentious issue, our chiropractic patients are often overly worried about what to expect if they have been involved in a whiplash injury. In a recent blog, I outlined the whiplash classification system and clearly, the higher the whiplash associated disorder scale that one registers, Read More

The Classification of Whiplash Associated Disorders Whiplash associated disorders are the most common complaint arising from motor vehicle accidents and frequently seen by chiropractor at our City of London practice, Broadgate clinics. This diagnosis has been the cause of much debate in both the insurance industry as well as the medical community. The Quebec Task Read More

Whiplash – recommended treatment, a chiropractors view from the City of London Whiplash is a description of the ”trauma” that the neck and head experience – most often associated with road traffic accidents. This is a presentation that chiropractors, here in the City of London at Broadgate, see frequently.  It is not considered, however, aproper Read More

10 other reasons for back pain

It can sometimes be easy to pinpoint the cause of sudden back pain that makes you call your chiropractor. Moving heavy boxes. Overdoing it at the gym. Digging in the garden. But it can be trickier to discover the reasons behind chronic back pain. Here, are some less obvious factors that may be to blame Read More

Neck pain a more common complaint that chiorpractors treat at the Broadgate Spine Clinic compared to the rest UK where lower back pain is more common. Logic would appear to dictate that this is due to the number of hours that workers are sitting at their desks, followed by most leisure activities that often involve Read More

Sedentary Work, Back Pain and Health

Most of my chiropractic patients intuitively know that sitting at a desk all day long and then lounging around at home all evening are activities that are detrimental to their health and their backs. They also believe that exercising a few times a week at the local gym will counteract the negative effects of endless Read More

Sit-Stand Desks – Flavour of the Month? Sit-stand desks have been around since the late 1980’s but have recently become exceedingly popular. In my chiropractic practice I have had more enquires about these desks in the past year than in all of the years since they hit the market. In this blog I will take Read More

Massage and low back pain

Massage and Lower Back Pain In the City of London where our clinic is located there are many centres that offer massage and apparently many workers who seek this type of care for a variety of ailments, my guess being that neck/shoulder and lower back pain are amongst the most common complaints that are treated. Read More