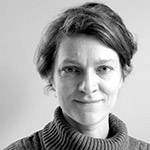 Barefoot running, or running with ‘minimal’ footwear, has become very popular since the publishing of a book by Christopher McDougall (2009) called “Born to Run” [1].  This details the way in which a tribe of Tarahumara Indians from Mexico have the ability to seemingly run hundreds of miles without rest or injury.   Indeed, these observations are nothing new.  Both Adebe Bikila of Ethiopia in the 1960s, and the South African Zola Budd in 1980s were famed for their barefoot Olympic victories.

The observations of McDougall were soon followed by research by Hsu (2010)[2] which attempted to explain the barefoot running phenomenon by showing that runners who wore trainers ended up landing heel-first 75 to 80 percent of the time, compared to barefoot runners who landed primarily towards the middle or front of the foot. The conclusion drawn was that the barefoot running strike was the more natural and less harmful form of human running.   Furthermore, the heel-strike technique, necessarily adopted by runners wearing trainers, comes with an increase in force through the knees and lower back of up to 1.5 to 3 x the body-weight.  Perhaps we should not therefore be surprised at the number of compression injuries of the knees and lower back sustained with jogging together with ankle strains and plantar fasciitis. By contrast, barefoot runners take shorter steps and have almost no impact collision.

Are the traditional trainers to blame?

The injuries sustained by runners may not, however, be due to the difference in heel strike.  A study of Kenyan runners found that some of the barefoot runners actually preferred to naturally heel-strike rather than strike with the forefoot.[3] So could it be the trainers themselves that cause running injuries?  Running shoes have often been blamed for the increased incidence of running injuries – wearing more cushioned trainers with stronger arch support has increased the incidence of knee injuries and twisting injuries at the hips and ankles.

As a result, many runners have switched to barefoot running for relief from chronic injuries.  Obviously, with this comes risk of painful soles from rough terrain, so not to be defeated in the war against the common trainer, the sports shoe industries have developed a whole new genre of ‘minimal’ footwear, with thin soles for protection but with limited padding and support.  Vibram claims their barefoot trainers “improve posture and foot health, reduces risk of injury, strengthens muscles in feet and lower legs and promotes spine alignment.”  These are big claims indeed.

The problem is that there seems to be a lack of good-quality, long-term studies to back up the claims of ‘Vibram’. A recent review (Tan et al, 2013) [4] has found no good evidence that barefoot running reduces injuries. In fact, in the early stages of barefoot running, while making the change from shoes to no shoes, going barefoot may actually increase the incidence of other injuries, such as Achilles tendonitis and calf strain.  Indeed, due to a number of these injuries, there have been several lawsuits filed against Vibram for citing unsubstantiated claims in their marketing material.

The only conclusion the reviewers could reach in certainty was that the current trend for barefoot running is based on simplified theory and poorly understood research.

One important finding was that good barefoot running technique may be a learned skill and if indeed there are benefits, then it is only after developing the skill gradually over a period of time.