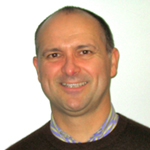 The knee is probably on the most stressed joint in the human body. Therefore it is also one of the most complex. All joints have bones, cartilage, tendons, muscles, ligaments, nerves, and blood vessels to allow its function.

The knee relies on 12 muscles at least to perform its function. It also has the most well developed cartilages in the body, the menisci, between the femur and the tibia, and the thickest cartilage covering the back of the kneecap.

Muscles are attached to bones by tendons, and ligaments keep the bones in the right place so that muscles can work with minimal stress.

There are four major bones in the knee, the femur, the tibia, the fibula and the patella. That means that there are three joints as part of the knee complex, the knee joint between tibia and femur, the patella-femoral joint, kneecap and femur and the superior tibia-fibular joint.

All these joints are kept in the best position by the ligaments and cartilage, the menisci, the so-called cushions of the knee.

The patella is the biggest sesamoide bone, which means is not fixed by a true joint to another bone. The patella sits in the front of the knee floating in between tendon tissue so that when the knee is fully straight, the muscle of the thigh, the quadriceps can still pull the lower leg and generates power effectively. If we did not have the patella the knee would simply buckle either back or forwards.

The most important ligament is the knee is the MCL, medial collateral ligament. If this ligament is completely ruptured we would not be able to take any weight and use the leg.

In essence the knee is perceived as just a joint that bends and straightens lower leg on the thigh, but the complexity of movement also involves a gliding and a rotation of the femur on the tibia. Hence the knee is vulnerable to twisting injuries such as when skiing or playing football, leading to the either MCL or ACL (anterior cruciate)  ligament damage and also damage to the meniscus.

The function of the knee is particularly important for weight bearing activities, such as walking, running and going up/down stairs. The load distributed over the kneecap can be up to 5 times the body weight, particularly on going down stairs.

However, for the knee to work perfectly it relies on a perfect balance between hip and ankle support, hence exercises that also include these joints are generally more beneficial to the knee than the ones where movement only occurs specifically at the knee joint.