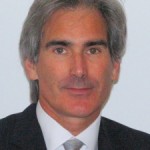 How to Manage Lower Back Pain with Prescription Drugs

Paracetamol is the most commonly used painkiller in this country and it can be used to treat lower back pain. You should take a maximum of two tablets every six hours and it must not be taken alongside other medication that contain paracetamol.

This drug is well tolerated by most patients and it does not tend to cause drowsiness or stomach problems, but it can cause kidney problems in rare circumstances.

Compound analgesics can be used to treat lower back pain when paracetamol isn’t working. This medication usually contains a combination of paracetamol and codeine or a codeine derivative, such as tramadol or codydramol.

Codeine is very effective at treating pain, but it can cause side effects such as drowsiness, constipation and light-headedness. There is also a worry that long-term usage or over-usage can lead to addiction.

The analgesic tramadol acts much like codeine but is less likely to lead to dependency or cause drowsiness and constipation. While it can be a suitable alternative to codeine for some patients, others stop using it because it causes other side effects, such as confusion and disorientation.

Non-steroidal anti-inflammatory drugs (NSAIDs) are available both on prescription and over the counter. Lower doses that include preparations of Diclofenac and Ibuprofen can be obtained over the counter, while higher doses of these drugs can be prescribed along with other NSAIDs such as indomethicin.

While they are well tolerated by most patients, the side effects of NSAIDs can include abdominal pain, diarrhoea and indigestion and they can also affect blood pressure and the kidneys.

Other painkillers, such as Pregabalin, Gabapentin, Nortryptilline and Amitryptilline can also be used to treat lower back pain and you can find out more about these in our Broadgate Journal article. For more information about the author, Rheumatologist Gerard Hall, go to http://www.broadgatespinecentre.co.uk/london-rheumatology/.