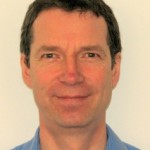 I see many patients with neck pain at the Broadgate Spine & Joint Clinic and have found this condition to be one of the most rewarding and successful to treat with acupuncture.

I initially make a medical assessment in the traditional way by taking a history and making an examination. I will then decide if acupuncture is the most suitable treatment or whether referral to one of my colleagues, such as a physiotherapist, chiropractor or rheumatologist, may be more appropriate.

The reason that acupuncture appears to be so successful in treating neck pain is that the cause is often muscular, particularly tight knots of muscles in the neck and over the top of the shoulders that have either resulted from a sudden injury, such as a whiplash, or prolonged postural strain, such as sitting for too many hours in front of a computer.

These knots – or ‘trigger points’ – are very amenable to treatment with acupuncture. Needles are inserted directly into the trigger points in the muscle, releasing the muscle and thereby providing pain relief. This can be uncomfortable, but any discomfort is very short-lived and usually only lasts a few seconds. Occasionally, there is a temporary aggravation of the pain for 24 hours, but this is invariably followed by an improvement.

My experience suggests that significant pain relief is usually achieved after only a few treatments usually given at weekly, sometimes twice weekly, intervals.

Other research has shown that neck pain is a problem that is more effectively treated with western ‘trigger point’ acupuncture, as described above, than with traditional Chinese acupuncture, which involves inserting needles in areas a long way away from the painful area, such as in the legs and arms.

The World Health Organisation set up the Bone and Joint Decade 2000-2010 Task Force on neck pain, which recommends acupuncture as a treatment for neck pain.