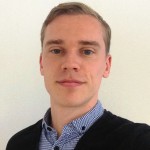 Podiatric intervention in Lower Back Pain

Lower back pain (LBP) affects 80% of adults during their lifetime with varying causes and therefore treatments (Papageorgiou et.al, 1995). The most common causes are heavy lifting or increased frequency of load lifting, age, female and poor general health all being strong predictors of LBP. However altered lower limb biomechanics are also considered a factor (Williams et.al, 2013).

From a podiatric perspective various treatment methods are available however in this article the discussion will be focussed on orthoses and their role in LBP and ‘altered lower limb biomechanics’.

Defrin et.al, (2005) explored limb length difference (LLD) of 10mm or under measured using ultrasonography in chronic LBP and the use of heel raises with regard symptoms. They found a significantly different benefit of wearing a simple heel raise compared to a group who received no inshoe intervention. The reduction in pain on average was 58% with those whose LLD’s were greatest gaining the most improvement as well as those whose symptoms had been ongoing for the greatest length of time. A heel raise to address this size of deformity is quite easily fitted into most sensible footwear.

This raises the question as to those who are asymptomatic and have a LLD, should heel raises be used then?  There are no long term studies which look at this so I can only comment on my opinion which is I prefer to do full gait parameter measurement using a walkway which provides data on step length, stride length, step velocity, force at initial contact etc alongside pressure mapping to see what affect the LLD is having. Then I will make a judgment based upon this, for example if dynamically a large asymmetry is noted and higher loading patterns are observed on one side I will address the LLD and repeat assessment to ensure parameters have improved.

Recently Williams et.al, (2013) analysed foot orthoses in the management of LBP. The sample size was 25 with all being told they had ‘altered biomechanics’ as defined by physiotherapy however what that means was undefined. The patient then underwent a podiatric assessment and was prescribe orthoses based on this. There was a statistically significant reduction on a disability questionnaire from pre intervention to 16 weeks post intervention. This was a holistic outcome measure however improvements were noted despite the loose definitions of ‘altered biomechanics’ and rationale and method of prescription for the orthoses not being fully explained.

Castro-Mendez et.al, (2013) have also studied the use of orthoses in patients with ‘hyperpronation’ and LBP. The sample size was slightly larger than from Williams et.al, (2013) and also had a control group however in orthotic therapy the use of placebo is difficult as anything placed inside footwear will cause kinetic variations.  This was a short term follow up and the intervention was a ‘custom made foot orthoses’ and after 4 weeks of use a reduction of pain had been noted by the intervention group. This is of course very short term but does find that orthoses can help with LBP.

The mechanism for why foot orthoses work in LBP is not perfectly clear. During walking/running the body travels forward by pivoting from a fixed point, the foot and particularly from the 1st metatarsal phalangeal joint after heel raise (big toe joint). Dananberg (1993) discusses a failure in this joint to translate the body’s momentum created by the opposite swinging leg forward therefore having to compensate by propulsing through an alternate part of the foot. This creates a jam in sagittal plane motion that Dananberg states could be a factor in LBP, as the load is not transferred forward but up the kinetic chain.

Orthoses are not for everyone with LBP but they are for some as the evidence states patients do improve with them. A full video gait analysis should be carried out on a patient with LBP to create the most informed opinion to analyses kinematics and potential tissues stresses. Then if foot orthoses could help with these issues prescribe an appropriate device after discussion between the podiatrist and the patient.